The Varney School was built in 1890 as a school building in Manchester, NH. Now, it provides Section 8 Housing for seniors aged 62 and older.

While it has been converted for residential use, Varney School Apartments remains a well-preserved example of a Late Victorian school building and an emblem of the city’s west-side growth. It is a 2.5-story red brick building with a cruciform main block covered by a slate hip roof and trimmed in granite. The main façade has a central gabled bay with a half-round light at its center. The main entrance is set in a large round-arch recess lined with wood paneling.

The school was built to accommodate residential growth at the time in the surrounding Piscataquog Village neighborhood. It was designed by Frederick Stickney of Lowell, Massachusetts, whose work anticipated its eventual expansion to include additional wings in 1914-15. The building was named for David Blake Varney, who was mayor of Manchester at the time of its construction. 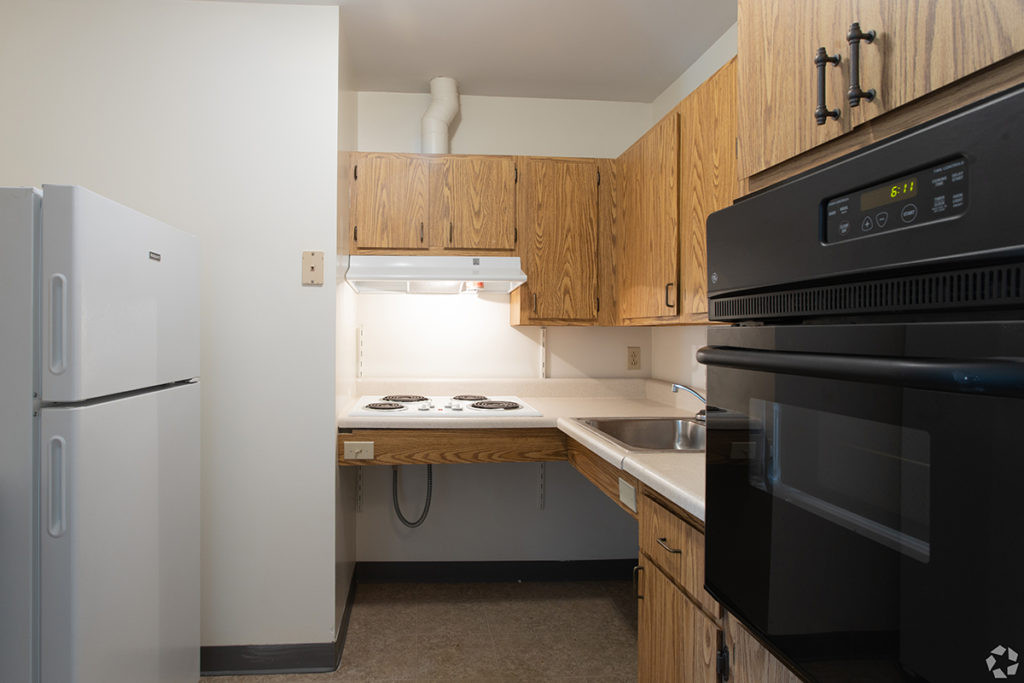 All apartments are cable-ready and fully updated for comfortable senior living. Each apartment contains emergency call buttons for peace of mind. Heat and hot water are included.

Enjoy spacious living in updated homes with Berber carpeting and vinyl flooring. Appliances include a refrigerator, stove, and electric range. There’s enough room to add your personal touch and turn this place into your home. © 2022 All rights reserved.
Powered by Getfused